Anything goes, and mine's a Guinness.
Post Reply
19 posts


I tend to sit on my bike when filling up esp at the pay and display, there has never been a recorded incident i think of an accident happening, we had this discussion on here a few years ago

a pay and display is where you fill up using the pump/card payment, straddling yoo bike .. spill loads of petrol on yoo crutch .. then pull yoo kegs down very sharpish, to stop the stinging


I tend to sit on my bike when filling up esp at the pay and display, there has never been a recorded incident i think of an accident happening, we had this discussion on here a few years ago

WTF is a pay and display?

Contrast with where I used to live in Marlow, Bucks - a small town of 13,000 people. No such thing as free parking there. £1.20 per hour / 24hrs per day, by pre-registering a card, submitting your inside leg size and mortgaging your grandmother.
Top

Dave pay and display is in regards to parking I understand , just never heard of it as a way of filling up......no worries Gary has explained in his inimitable style

Cyclists & electric scooters now rule the West End pavements and roads. If you drive a car or ride an MC it's 20mph all over, which means Lycra man & scooter girl overtakes you at 30mph.

Piccadilly to Regents park is now down to one lane for vehicles, Euston Road (a main arterial road) has now also been reduced to one lane each way to accommodate separate bus & cycle lanes each way Queues to get through Kings X stretch back along the WestWay from White City and to Old Street in the east.

Soon as I open my car door I'm auto charged (albeit reduced) for congestion.

Now who would want to be in rural France when we have all this ?

PS : If you have an electric motorcycle, there are just TWO charging points in all of central London.

Yeah, you're right Soho. I'm well out of date. I was a regular London commuter in the late 90s and 2000s (train & underground or motorbike in Summer), but completely removed from all of that these days. I do keep an eye on London life though, still know a few who live there, and I always go up if I'm in the UK - as a visitor to galleries, gigs, museums and restaurants - which is bloody lovely compared to the sweaty commute I used to put up with.

I'm a bit torn on this stuff. I was a consultant at Mouchel Parkman when we devised the ULEZ, and I worked at DEFRA alongside the GLA when the congestion charge was expanded (then repealed!). The impact of reducing heavily polluting and congesting cars from London's streets has been huge - and very successful. Central London is an enormously better place to be a pedestrian, a shopper or a tourist than it used to be. Think of the horrible particulate-covered giant roundabout that Trafalgar Sq used to be compared to now, for just one example. Millions of car journeys into London were eliminated with corresponding improvements in air quality (and climate change impact of course). However the vital simultaneous improvement in train, bus and underground services didn't happen at the right pace to cope with the move from cars to public transport, so now it's a mess again. And air quality limits are being breached again regularly. Narrower roads (due to bus and cycle lanes) plus extortionate parking charges has made life hell for anyone who ventures in now, as many still have to to make deliveries etc.

I guess you are missing those brief days in April/May, Soho, when the city was empty and quiet? Your photos of a silent Oxford Circus etc were amazing.

(Wonderfully off-topic. Hopefully someone will object in a moment...

I had very little time for Red Ken but the changes to Trafalgar Square, as an occasional visitor, finally gave a proper central meeting space to London - the one thing that always seemed missing compared to European towns and cities. The improvement by bringing the square right up to the National Gallery was massive...even if every driver hated it.

Sadly, I can barely stand the place now. Too long spent living in the countryside.

DavidS wrote: ↑
Mon Aug 24, 2020 1:18 pm
the changes to Trafalgar Square, as an occasional visitor, finally gave a proper central meeting space to London - the one thing that always seemed missing compared to European towns and cities. The improvement by bringing the square right up to the National Gallery was massive...even if every driver hated it.

Similar was done in Poitiers (55 mins from me). Lovely job. 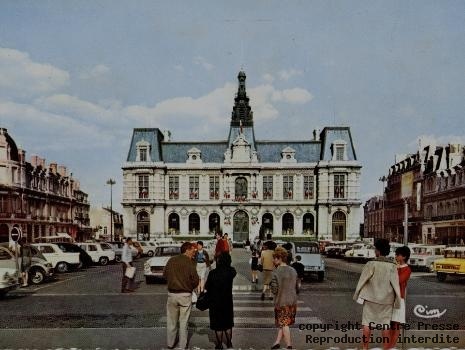 It used to be a big roundabout, car park and bus hub. Now it's a really nice place to drink, eat and stroll.
Top
Post Reply
19 posts

Return to “THE PUB”