Anything goes, and mine's a Guinness.
Post Reply
22 posts

I remember it was there for an openday , as you say it was far from being a works bike but Hailwood and Sports M/Cs did a great job with it , if I remember rightly it only just finished the race before it more or less fell to bits.
Top

That's right, the bevel gears sheared as it crossed the line...but Phil Read's Honda had already blown up, so it didn't matter!

If you can remember a skinny lad with blond hair at 3X...that was me!
Top

Bit of trivia for you...people thought the red, white and green colour scheme was 'Italian'...it was actually the colours of Castrol, which was the lead sponsor of Sports Motorcycles' racingteam.
Top

Awful news and good luck to Richard and Lisa Davis for the future and of course all of their staff and suppliers. They were also a big supporter of the SWM owners club UK on facebook having taken over as the main importers for SWM recently. Three cross must have been going around 40 years as i remember them as a teenager.

Started in 1976 or 7 when a businessman called Graham Miles purchased a load of fire-damaged motorcycles from the insurers of Rafferty-Newman in Portsmouth and sold them off in the showroom at Three Cross Garage.
Later purchased the assets of The Italian Motorcycle Centre in London, which got him started as a specialist in Italian bikes.
While I was there, he swooped in to pick up the stock at John White Motorcycles in Bath, which included a very rare MV 750 Magni chain-drive racer, which had been sponsored by SuperBike magazine.
Graham was in negotiation with Phil Reed to race said bike at the 79 TT, then it became apparent that the MV wasn't going to be viable, plus there was some doubt over who owned it. One day, it just wan't there any more. I don't know what had happened, but I did know better than to ask Graham!
Next we got a factory race kit for a Le Mans, which included a deep sump extension. Phil Reed was then going to race that at the 79 TT, but again it didn't happen. The kit got put on a road-going Le Mans, which was sold to a bloke from the Channel Islands, because the extra performance would be really handy on an island with a 30 mph limit. Because he lived on the CI, he did the 500-mile oil change rather than bring it to us. He put the 'book' amount of oil in it, and it ran OK until he decided to bring it to us for its first big service. It blew the engine to bits on the Wimborne by-pass. Lack of oil, because the extended sump should have had a couple of litres more oil in it. Ho hum.
I left after a year to go to college: the first step in becoming a motorcycle journalist...Graham, who had a horrendous health problem, sold out to Keith Davies, who had been our rep with Coburn & Hughes, the Ducati and Moto Guzzi importer shortly after.
Top

I can confirm that bevel drive Ducati's are making daft money now, I sold a 'project' 860 that we bought with a load of other bits last year for over £6500

That's sad news. Whilst I never bought a bike from Three Cross I remember them well.... one of the bigger names in m/c sales along with others such as Sports M/C's, Elite Motors, Read Titan and many more. Speaking of Coburn & Hughes, Mike Coburn became a client of mine after he sold his m/c business and went into property development.... a lovely guy who sadly left this world nearly twenty years ago now. Once upon a time I was offered a job at Mocheck, but decided to go to Uni instead. Had I accepted, I suspect life could have been very different!
www.sidecaramerica.com
Top

Lived in Bournemouth back in '83 and used to love visiting places like Three Cross. Such a shame they will no longer exist, very sad.

Been thinking of selling my old 860 bevel but have no idea what it's really worth. I guess it's only worth what someone is willing to pay at the time. What sort of condition was your 860? Was it on the road or a project that needs finishing bike? Trying to find another 860 for sale (for comparison) is like finding hen's teeth lol! 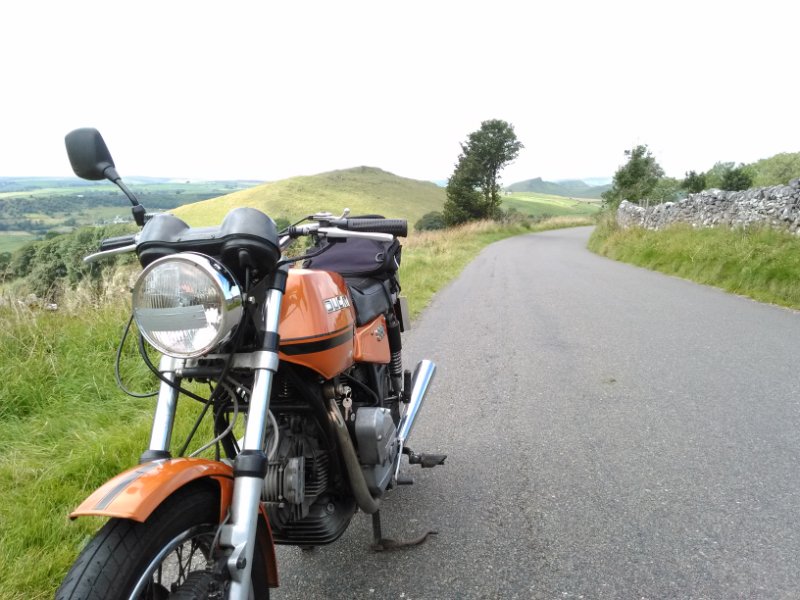 
Been thinking of selling my old 860 bevel but have no idea what it's really worth. I guess it's only worth what someone is willing to pay at the time. What sort of condition was your 860? Was it on the road or a project that needs finishing bike? Trying to find another 860 for sale (for comparison) is like finding hen's teeth lol!

I can't find the ad now as it was about 15 months ago, the bike was all there but it needed a fair bit of work to put back on the road. We bought it as part of a job lot with some other Ducati parts that we needed for a race bike but at the time we had to many projects and customer bikes to finish to contemplate working on the bevel.

They seem to be very collectable now so name your price and then see what sort of interest you get, the market will decide what you get in the end.
one-legged adventurer
Top
Post Reply
22 posts

Return to “THE PUB”