Rutlandflyer wrote:Hi what the top speed does it cut out at rev limit

I've had an indicated 82mph.

Some say 75mph have you tuned yours
From Rutland flyer

Rutlandflyer wrote:Some say 75mph have you tuned yours
From Rutland flyer

Had a weird one on mine, as I was out riding the other day I noticed the speedo saying over 100 and fluctuating slightly, "uh oh something not right" I thought" maybe a split cable or front hub problem."

now the puzzle to work out how to set it back to mph.
Top

Andi_Archer wrote: ↑
Wed Oct 14, 2020 12:09 pm
Had a weird one on mine, as I was out riding the other day I noticed the speedo saying over 100 and fluctuating slightly, "uh oh something not right" I thought" maybe a split cable or front hub problem."

now the puzzle to work out how to set it back to mph.

Andi_Archer wrote: ↑
Wed Oct 14, 2020 12:09 pm
Had a weird one on mine, as I was out riding the other day I noticed the speedo saying over 100 and fluctuating slightly, "uh oh something not right" I thought" maybe a split cable or front hub problem."

now the puzzle to work out how to set it back to mph.

Cheers , it was probably me that accidentally changed it last time I refueled then DOH!

This is what's left of two of my rear wheel bearings. Chinese quality 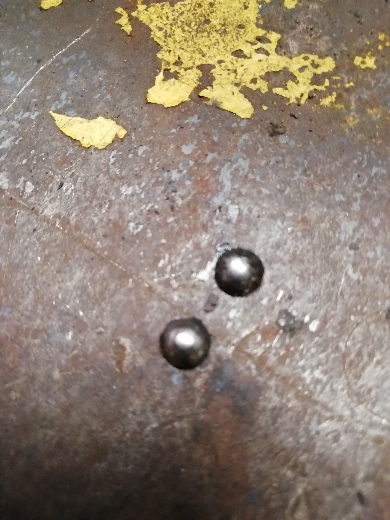 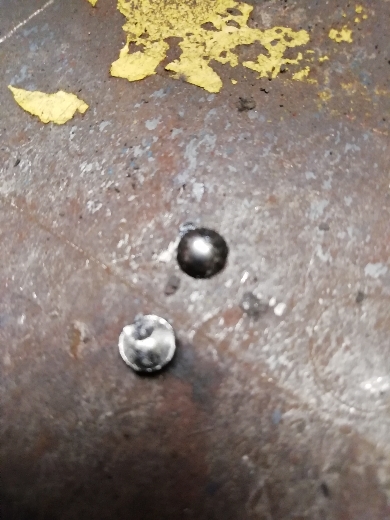 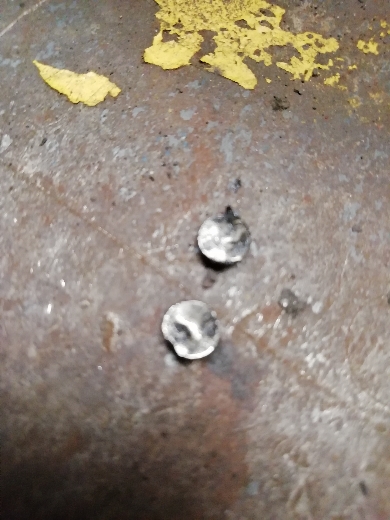 Thankfully I noticed it early enough to save the wheel this time.

Done loads of thing to my wk400trail

By way of introduction my names Rhys (stevo) I have myself a 2016 66 plate WK400. I bought the bike in August 2019 however due to being away with work and a global virus pandemic I only managed to get it on the road earlier this year. The bike was virtually new, the chap I bought it from was the first owner and had only covered 250 miles! I've now completed the break in period and the bike is ready for it's first service which I'm hoping to do at the weekend.

Firstly I'd like to thank everyone for creating this thread as it played a big part in me deciding to purchase the bike. I've read through from page one some of the work thats taken place is pretty impressive. One one of my first rides out on the bike the engine light came on and started flashing, after some investigation, the bullet connector from the battery negative had shaken itself loose. So I decided to cut it out and solder and heat shrink the wires together. Problem solved! however now I get the engine light flashing only at ignition on not when the engine is running. From reading on here and the ECU ops manual I believe that just means its a stored fault in the ECU. I believe its only and active fault if its flashing while the engines running is this correct?

Did anyone have any joy with trying to get an automotive style OB2 reader to communicate with the bike? From the research I've done and being in the trade myself (former heavy equipment test and development engineer) I think the architecture the bike uses is too simplistic to talk to a standard OB2 reader.

Reference the first service, I was planing to do the oil and filter. Change the spark plug, then just a general check over / tighten of bolts and grease of things that require greasing! I'm also keen to swap the brake pads as I've found these to be pretty terrible on the stock factory pads. The EBC front pads mentioned earlier in this thread seem a little harder to come by however the ones from CMPO seem readily available so for £8 might as well give them a go. Has anyone had any joy with finding a suitable replacement for the rear pads?

Touch wood I don't seem to have had the cutting out issue, but I'm keeping an eye out for it. I'd like to do some sort of mod to the seat as its awfully uncomfortable. On my last few rides I've worn padded cycling shorts to make it slightly more bearable! I'm considering the mod to the side stand as it never fills me with confidence leaving the bike on it.

I think thats about it for now. I'll try and add a pic of my bike below from my last run over Snake Pass. I live between Nottingham / Derbyshire so very lucky to have the Peak District on our doorstep! After so long reading this forum in the background thought I'd finally break my silence. Also I'm between jobs at the moment on 3 months of gardening leave so finally have plenty of time on my hands!

Nothing on the ECU front that I know of , as for servicing you might look at the fork oil too if you have time the basic stuff appears to be a watery consistence. For an option on comfort you might try a sheep skin on the seat.
Top
Post Reply
1119 posts